The new post-secondary fund provides direct financial support for Métis post-secondary students in the form of tuition, books and living allowance. In addition, the fund will support student services and increase education governance capacity at the post-secondary level. Student funding and services will be delivered primarily through Gabriel Dumont Institute (GDI) of Native Studies and Applied Research (GDI) an arm of MN-S.

“We know that there is a significant gap in post-secondary education attainment levels between Métis and non-Indigenous populations in Saskatchewan. We have heard from grandparents, parents, students and youth that this is a priority and we raised the issue with our federal government partner that included our solution and we have achieved that. This is an important moment for our Nation and its citizens and our collective future,” said President Glen McCallum, “As a government we remain committed to prioritizing the needs of Métis students. The funding announced today is key to building the diverse professional educational levels required by the citizens of the Métis Nation.”

“As the education arm of the MN–S, GDI is widely recognized for its capacity and its reputation for providing services to the Métis of Saskatchewan and creating awareness and sharing knowledge on Métis history, culture and education,” said Dr. Earl Cook, Education Minister and chair of Gabriel Dumont Institute Board. “There is so much research that correlates post-secondary education as a critical factor in closing the socio-economic gap between Métis and non-Indigenous populations.” 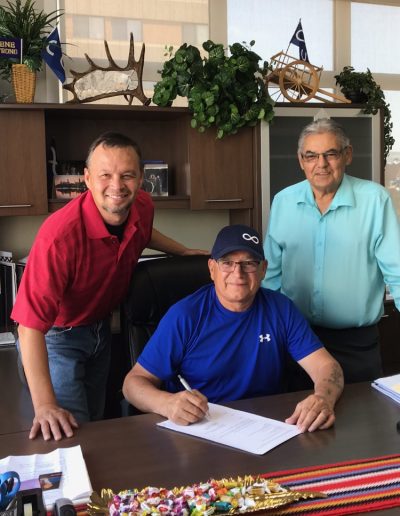