Métis worldview reflects an ecological perspective that advocates careful use of renewable and non-renewable resources. Sustainability means finding a balance between environmental and economic needs.

The Department of Lands and Resources promotes and protects Métis interests regarding environmental issues. It ensures a flow of information between the provincial and federal governments, industry, and Métis Nation-Saskatchewan citizens.

Committees that Lands and Resources have been invited to participate in: 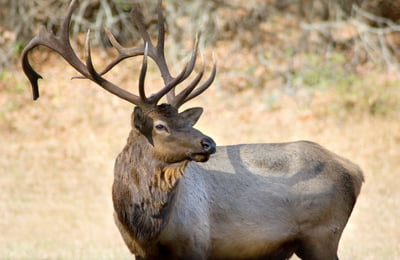 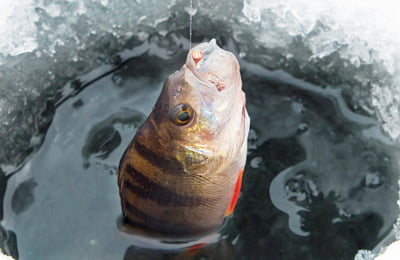 Throughout the history of the Métis Nation, our people have relied on the bounty offered by Mother Earth.
Minister: Glen McCallum

As our Nation evolved throughout the great expanse called Canada, our citizens hunted, fished, and gathered plants to ensure the survival of our families.

As John Palliser remarked in 1857, “this pemmican harvest of their buffalo hunts was brought in for trade by the Indians of the Plains and the Half Breeds of Red River who organized with military discipline under their leader, the warden of the Plains, who went out on the Prairies every year on two tremendous buffalo hunts.”

As in the past, harvesting from Mother Earth remains an integral tradition of our Nation that we inherited from our ancestors. In the North, the people of the two oldest Métis communities, Île-à-la-Crosse and Cumberland House, continue to this day to provide sustenance for their families by hunting, fishing and gathering wild rice, berries and using traditional medicinal plants.

Over the past four years, Métis Nation-Saskatchewan has embarked on an ambitious process of discussions with the Government of Saskatchewan over the issue of harvesting.  We are working with many institutions, groups, and the federal and provincial governments to ensure that our tradition of harvesting will continue and be practiced by future generations of Métis citizens.

In November 2010, MN-S and the Province of Saskatchewan signed a Memorandum of Understanding (MOU) on Métis harvesting rights. The MOU addresses the negotiation of several key actions needed for an interim and ultimately final agreement between the parties on issues regarding:

R. v. Powley confirmed, through section 35 of the Constitution Act, 1982, the Métis right to harvest, while emphasizing the need to develop a more systematic method of identifying people of Métis ancestry. The MN-S response to this was the development of a secure and objectively verifiable citizenship card which proves Métis ancestry and ancestral connections to the Métis homeland. It is NOT a provincial Métis harvesting card.

Powley set out the criteria for determining who can exercise that right:

In 1996, with the R. v. Morin & Daigneault decision, the Métis of North-West Saskatchewan (those living north of the Northern Administrative District boundary) had their constitutional right to harvest for food recognized.

The release of the R. v. Laviolette decision also recognized a rights-bearing Métis community throughout North-West Saskatchewan (East from Lac la Biche to Île-à-la-Crosse, south to Green Lake, southwest to Meadow Lake, and northwest to Lac la Biche) and members of that rights-bearing Métis community can harvest throughout their traditional territory.

Despite the R. v. Belhumeur decision, in which Donald Belhumeur of Regina was found not guilty of fishing without a licence in the Qu’Appelle Valley, the Saskatchewan Ministry of Environment has maintained the approach that Métis food rights are unclear. This means that Métis harvesting cases will be assessed on a case-by-case basis, i.e. Métis harvesters in the southern region of the province may be charged if caught.

In summary, harvesters must be aware that:

If you decide to harvest for food, MN-S recommends that you:

What is Duty to Consult and Accommodate?

Duty to Consult and Accommodate (DTCA) arose out of the Supreme Court of Canada’s judgments in the Haida Nation case, as well as the Taku River Tlingit First Nation and Mikisew Cree First Nation cases, which opened up new possibilities for relationships between governments and Aboriginal communities.  This duty requires governments to consult First Nations, Inuit and Métis peoples and accommodate their interests whenever a Crown considers conduct that might adversely affect Aboriginal rights or interests.

Who is responsible for DTCA?

The legal framework determines that the  duty flows from the honour of the Crown and s.35 of the Constitution Act, 1982.  The duty applies when the Crown has real or constructive knowledge of the potential  existence of Aboriginal rights or title that may be at risk from a course of action being contemplated by a Crown.  The duty demands that all governments work with Aboriginal peoples to understand their interests and concerns prior to authorizing or proceeding with a plan, policy, development or activity that has the potential to affect Aboriginal rights.

What is the purpose of DTCA?

The purpose of the duty is achieved when government addresses, modifies or reconciles its actions with Aboriginal interests in a real and substantive way.  It is designed to promote the transformation of the existing relationship between the Crown and First Nations, Inuit and Métis peoples to a new relationship based on consultation, accommodation, just settlements and reconciliation.

What triggers a DTCA?

What are Métis Nation-Saskatchewan principles concerning engagement, consultation, and accommodation?