A surprise exhibit greeted attendees of this past weekend’s MNLA. Several artifacts of cultural and historical significance to the Métis citizens of Cumberland House, including a jacket, mittens, moccasins, and a powder horn, were displayed in a glass case for the duration of the assembly. The display offered the public a chance to study the artistry of Métis culture through the intricate beading, embroidery, and careful craftsmanship of the artifacts.

The items previously resided with Sharon Leveque of Kelowna, B.C., who believes that they were gifted to her great-aunt while she was posted as a nurse in Cumberland House several decades ago. Recognizing the importance of these artifacts to Métis people and their value as teaching tools for generations to come, Leveque felt compelled to return the articles to their original home. Her decision reflects a growing awareness of the importance of repatriating Indigenous belongings to their rightful owners.

Given their estimated age, these artifacts are remarkably well-preserved. “Some of the items are from the fur trade era, the mid-1800s, that have been donated back to us,” said Sherry Soll, Minister of Heritage & Language. Soll points to the ultra-fine, European silk thread stitched into the moccasins and mittens as an example of detail work now rarely seen.

Minister Soll, along with Ryan Carriere (Minister of Veterans Affairs) and members of the Cumberland House Museum Committee enjoyed an unforgettable and emotional meeting with Leveque upon collecting the artifacts. It is their hope that more individuals in the possession of Indigenous belongings will feel motivated to repatriate them to the care of historical societies and museums.

Following their display in Saskatoon, the artifacts will journey home to Cumberland House. 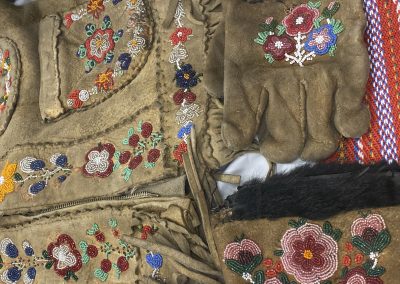 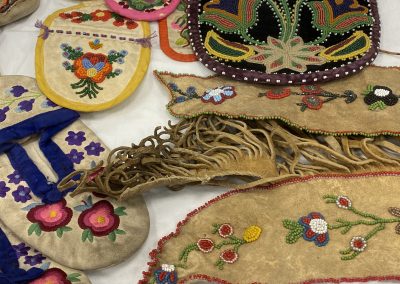 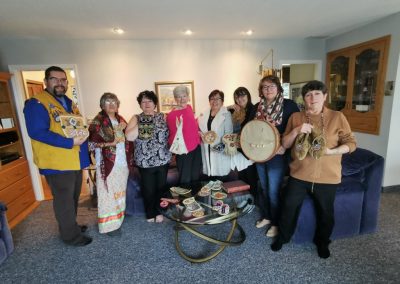 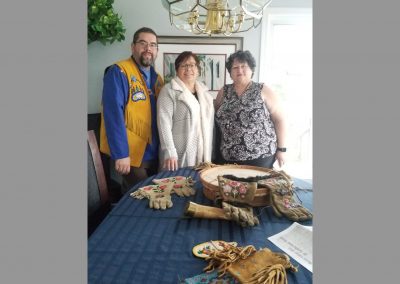