April 28, 2021 – Métis Nation–Saskatchewan (MN–S) is proud to announce the expansion of its early learning language pilot projects across the province.

The overwhelming success and enthusiastic support for the programs have compelled the Ministry to invite another four school divisions on board. They are; Prairie Spirit, Saskatchewan Rivers in and around Prince Albert, Prince Albert Catholic division and the Northwest School division in the Meadow Lake region.

Currently, 130 pre-kindergarten and kindergarten students are learning Michif and Dene in this inaugural year of the pilot project at select schools across the province. Regina, Saskatoon and Île-à-la-Crosse school divisions are a part of the Michif pilot project. The Dene Early Learning Pilot Project (DELPP) is available at Northern Lights School Division in La Loche. MN–S expects the addition of the new school divisions to increase the number exponentially in the 2021-22 school year.

The two-year MELPP and DELPP were announced in 2020 as part of an MN–S focus on preserving, protecting and revitalizing Indigenous languages. Under the guidance of teachers, Elders and Language Keepers, these programs connect children with Métis culture through language program immersion.

A review of the program’s progress is ongoing.

This initiative is part of a broader partnership between MN–S and the Royal Canadian Geographical Society to revitalise Michif and Dene language within the province. We will continue this important work together to protect, promote, and practice language preservation.

A media release regarding the program continuation and expansion is here. 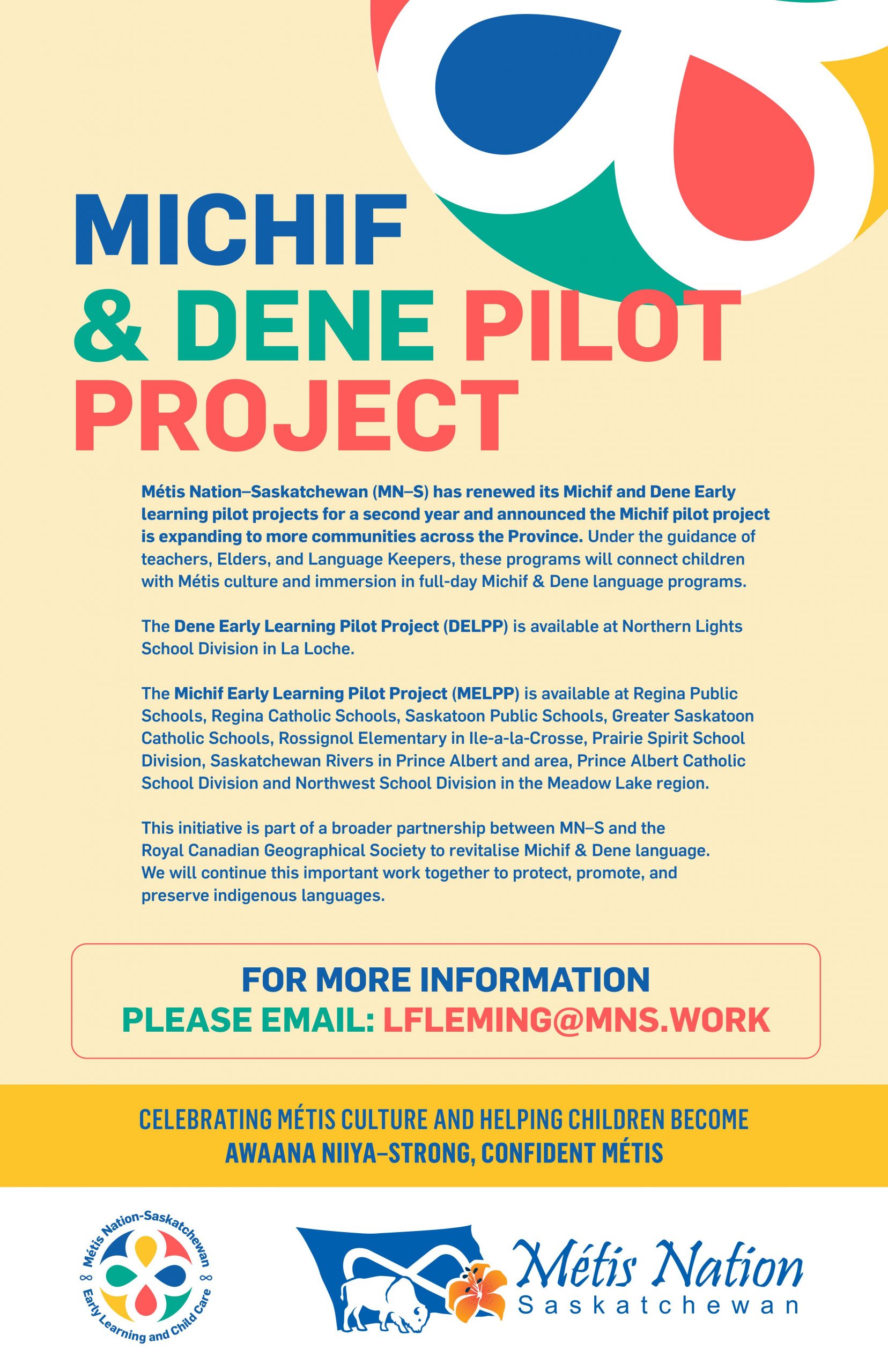