January 24, 2023 – Survivors of the Île-à-la-Crosse residential school have launched a new court action and received backing from Métis Nation–Saskatchewan (MN–S). 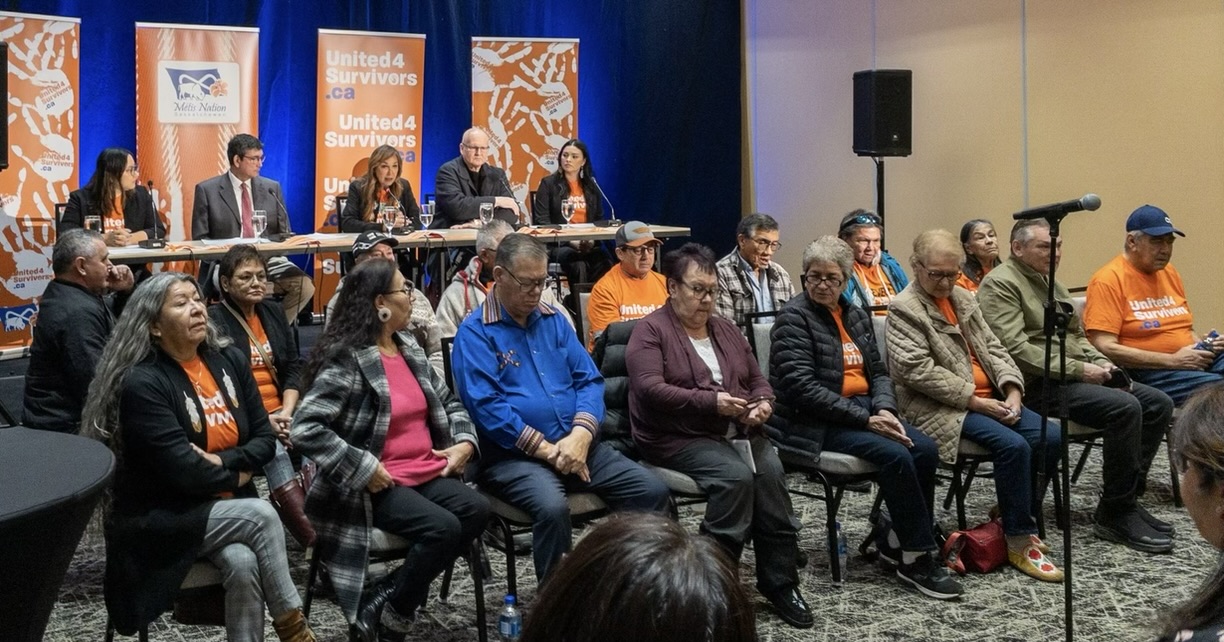 While their numbers dwindle as each day passes, residential school survivors turned out in force to signify unity at a media conference at Dakota Dunes today. The Survivors’ group has filed a proposed class action suit naming Canada and Saskatchewan as defendants. As the government representing Métis in the province, MN–S provides the support necessary for our Survivors to proceed.

The unified group hopes it spurs both Canada and Saskatchewan government representatives to join them at the table to work toward a quick resolution that recognizes the harms suffered by the survivors, failing which the case will be litigated in court.

A media release is available here. Background material is here.